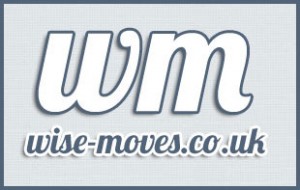 England’s northern regions offer the best returns for buy-to-let landlords, with central London the least profitable place in the UK to rent out a property, claims new research.

The Buy to Let brand of Lloyds Banking Group, BM Solutions, has brought out a quarterly index suggesting investors looking for optimum rental yields should consider the north (both the north west and the north east) and the West Midlands, where typical yields are around 6.4%.

Next most profitable UK property hotspots for buy-to-let landlords are Wales, the East Midlands, Scotland the South West.

Calculations were made based on rent received against typical values of flats and houses to generate a yield figure for 12 regions across the UK. (These gross yields do not take into account mortgages and other expenses, and is based on surveys of genuine landlord portfolios.)

Inner London offered the lowest yield at 5.5%. This is down to price rises in and around the city, which have outstripped rent rises, and so led to lower returns.

The Mistoria Group, which specialises in student property investments, says some of the interest in northern areas is down to the BBC move to Salford. There, and in Liverpool, house prices have soared more quickly than anywhere else in the UK since the beginning of the year.

Managing Director at the organisation, Mish Liyanage, says: “The North West in particular presents a range of properties at affordable prices that offer net returns of up to 10%.

“For example, a furnished, fully refurbished HMO student let property near a uni campus can cost less than £150,000 and give a net annual return of 9%. Investors wanting the top yields should forget London and the south east and head north.”

It’s about buying the right property through the right agent – and about your money working for you rather than the other way round.

The BM Solutions survey is backed up by findings from property group Knight Frank, which came to similar conclusions.

This article first appeared on the Wise Moves website on 12th September 2014.

Posted in Mistoria In the Press