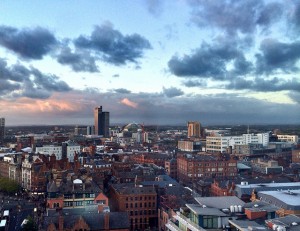 In a clear pledge to the business community of the North West, the Chancellor George Osborne has welcomed a report that has called for massive investment in the North of England.

The “One North” plan had been put forward by five cities including Leeds, Liverpool, Manchester, Newcastle and Sheffield and calls for a £15bn investment over a 15 year period.

Central to the plan is the development of the region’s infrastructure and in particular a 125mph rail network linking major cities. This “Crossrail of the North” was described as affordable by the chancellor who had previously said that although Northern cities were individually strong, they were “collectively not strong enough”.

It is not just the railway network that will be expanded, the plan also includes increasing freight and personal use road capacity across the region. The aim being to add £56 bn to the Northern British economy or the equivalent of £1600 per person.

Mr Osborne was also quoted as saying, “the plans would be a centrepiece of his autumn statement and part of our long-term economic plan for the country”. The Labour party also welcomed the plans and said they would support them. Shadow Treasury minister Shabana Mahmood told the BBC : “We welcome this report and the city regions of the North of England working together to strategically plan to deliver the growth and jobs we need. But only Labour will properly back our city and county regions with ambitious plans to devolve more funding and economic power to them.”

All of which bodes well for the medium term economic outlook for the North West when you factor in other recent developments such as the launch of the HS2 scheme linking London to Birmingham and then Manchester and other cities.

The North West property market and in particular investment properties related to student housing, is growing strongly. With this level of new investment over many years, we believe the student and professional market will continue to grow as many new jobs and opportunities are added to the local economies of Manchester and Liverpool. This means now is an excellent time to be investing in the North West so please contact us to see the many excellent opportunities we have available for you to consider.